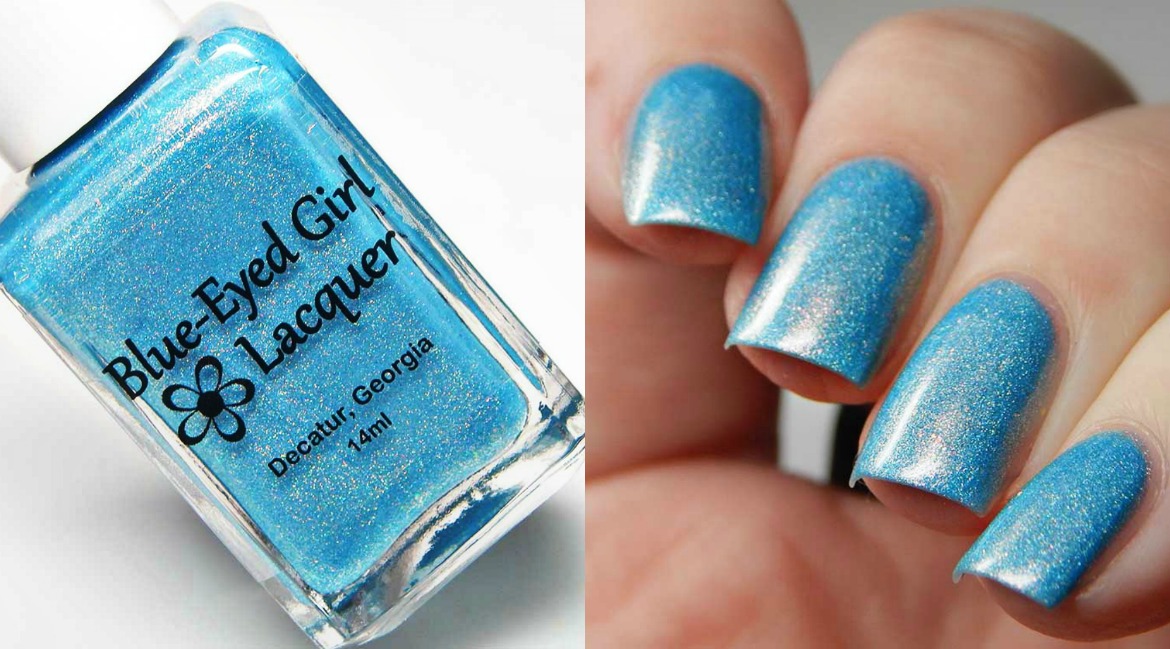 Today I have the seventh and final (I think) April Polish Pickup shade that I received to share! This one is Blue Eyed Girl Lacquer Inlet At Dusk! 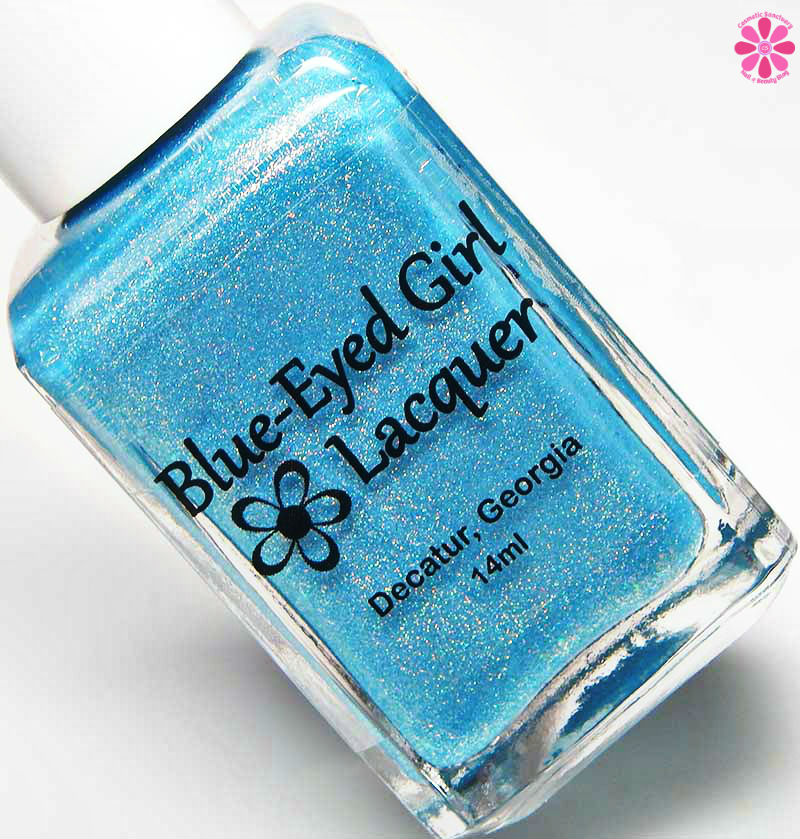 In case you missed any of my previous posts about the Polish Pickup, here is a recap explaining the group.

The group is Polish Pickup. Polish Pickup offers a fun, interactive experience that allows you to submit theme ideas, vote for your favorite theme, and selectively purchase your favorite polishes every month. It’s NOT a box though. I think when it formed that was the major misconception of it.

Now, I love polish boxes, however, some purchasers shared their frustration in only wanting 1 or 2 polishes from a box and needing to unload the polishes in the box they didn’t want. So essentially they were paying $40 and up for 1 or 2 polishes and hoping they could sell the polishes they weren’t interested in.

Polish Pickup is different. While the concept of picking themes and voting isn’t new, instead of buying the whole box, you can shop online for JUST the single polishes you want. There can be many indie makers involved with the theme, but you only have to pay for the exact polishes you wanted rather than 4-8 polishes you may not have been interested in.

Then every month the theme and makers change and you get a whole new set of polishes to pick and choose from. So while it has a box like feel (with the voting and themes) it doesn’t carry the box commitment.

The first set of polishes will be available from April 7th until April 10th, and at the end of this post I will have the list of April makers (as well as links to any April Polish Pickup post I’ve done) so you can see what to expect.

The theme for April is “Famous Works Of Art”

(sorry if this is super repetitive to a few of you, but it’s just in case someone hasn’t seen the explanation!) 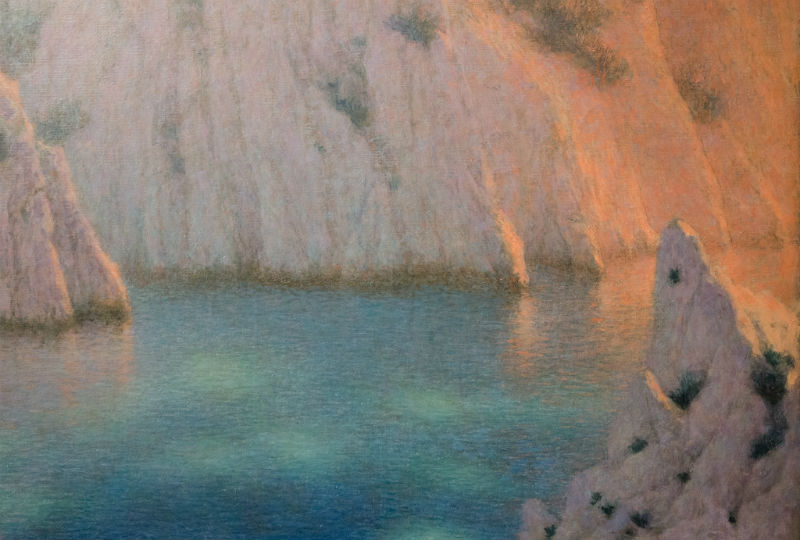 In 1936, at the Salon de la Société Nationale des Beaux-arts, Lévy-Dhurmer exhibited a series of four paintings of calanques (rocky inlets) at different times during the day, with the title Quartet of Calanques: Morning, Six o’clock in the Evening, Dusk and Night. The title, Quartet, a musical reference, emphasises not only the poetic nature of the place but also a desire to acknowledge the passage of time (continuing the idea of listening to music).
We think also of the series by Claude Monet, in particular the series of images of Rouen cathedral (1892-1895). Lévy-Dhurmer, as Monet’s prestigious precursor, has taken on an ambitious task here, as nothing is more demanding than capturing a moment that is, by nature, fleeting.

Let’s take a look at Julie’s creation that was inspired by this painting! 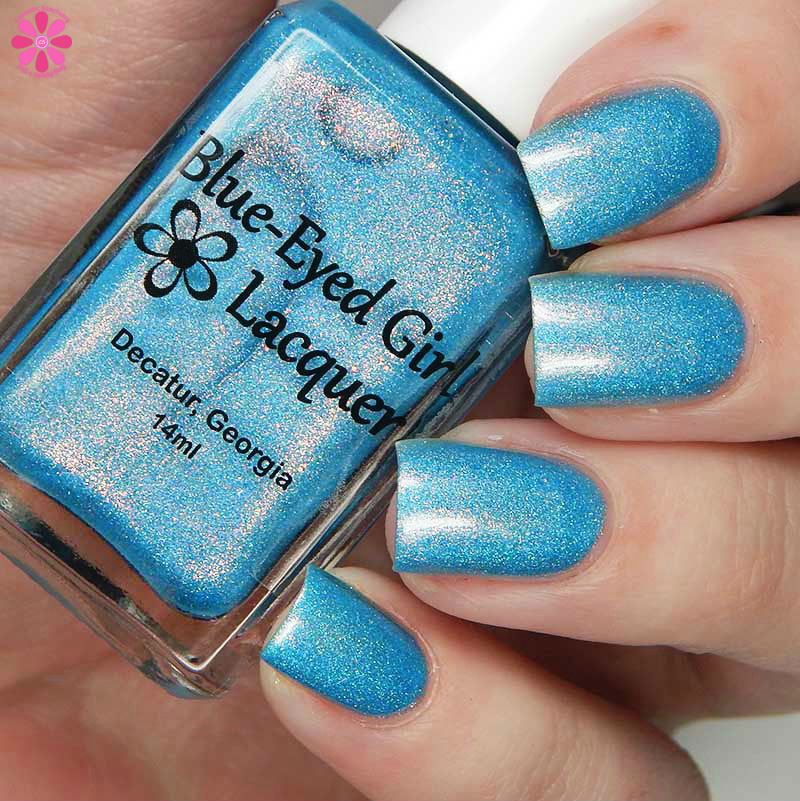 Blue Eyed Girl Lacquer Inlet At Dusk is a medium baby blue with a scattered holographic effect with pink to green duochrome microflakes and iridescent microglitters. I used 2 easy coats and a glossy top coat for these photos. 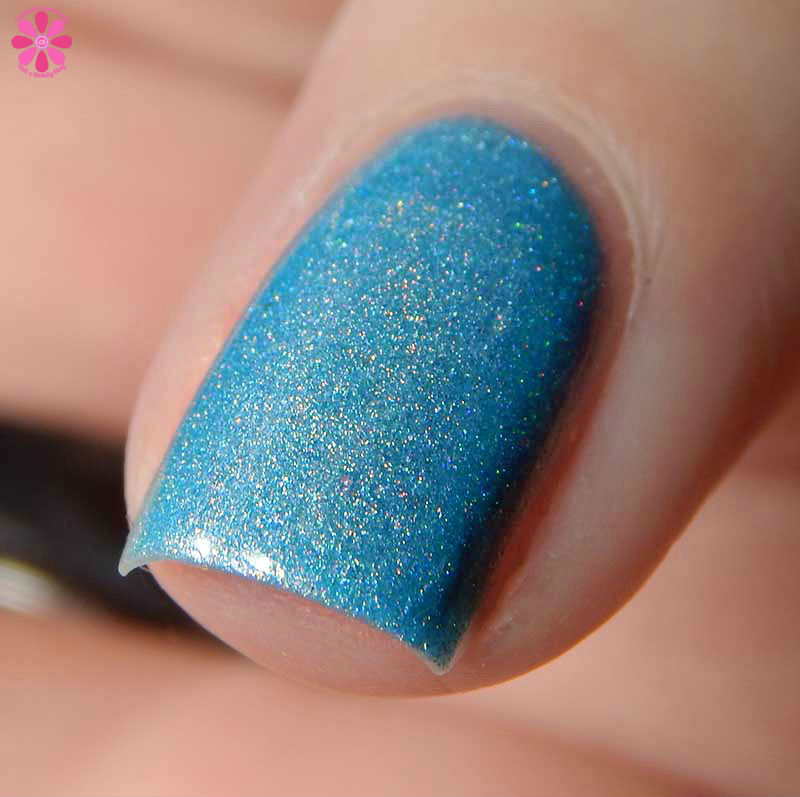 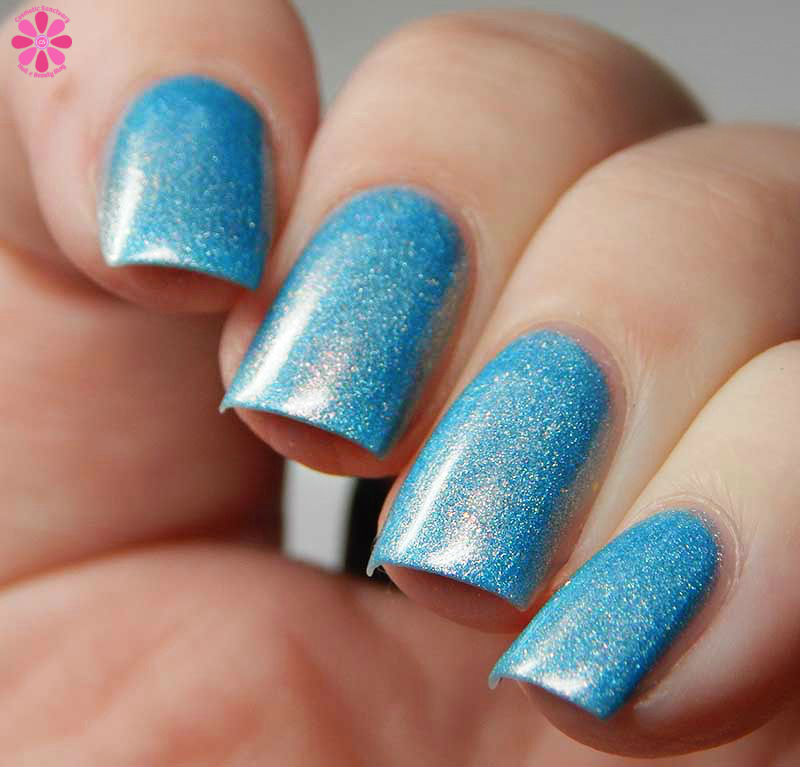 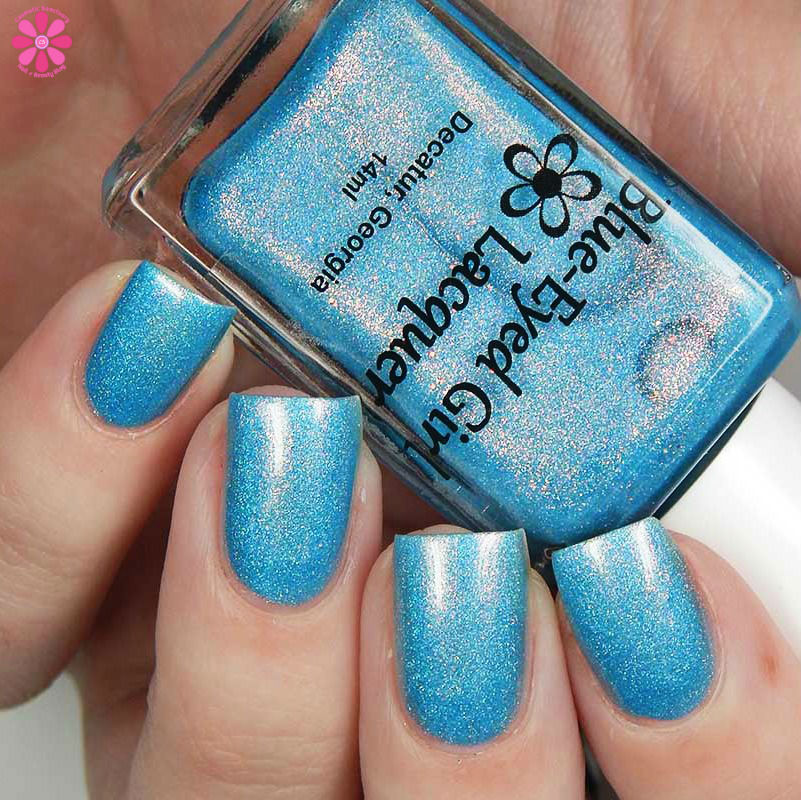 Where To Buy: Polish Pickup Shop

Makers Involved in the April Shop:

As I complete blog posts, I will try to update each maker’s name with which polishes I’ve shown already!

I highly suggest you join the Polish Pickup Group on Facebook so you can get in on the theme nominations, as well as voting. You can also see what other polishes will be available during this particular shop that is based on Famous Works Of Art!

In total I had 7 of the April shades to share with you, but there were many more. Make sure you join in the Facebook group and I hope you enjoy shopping the very first Polish Pickup Shop! I already have a few of May’s shades in, so I’ll start sharing those towards the end of the month!

August 2019 Polish Pickup | At The Carnival

I love this color! I have had a thing for blue polish lately.

Well, this is a stunning polish! I need to try me some BEGL!